During lockdown Hugh Mannerings chatted to Asia to find out how she’s been getting on and what her ambitions are for the future, read about the thoughts of one of our top female juniors in Yorkshire and England – the Asia Harris Interview.

How old were you when you picked up a racket?

Well I picked up a racket at 7 but I didn’t really start until I was 9. I was busy doing loads of other activities – dance, gymnastics. My parents wanted me to try lots of sports. What caused you to choose squash? I liked the noise! It was as I was going to dance at Pontefract that I went past the squash courts. I heard the noise of the ball on the wall, I heard people were cheering, and I thought I want to do that.

Do you play other sports?

Oh yes – I had England rounders trials and I love netball

What football team do you support?

Man City – well it’s a school thing – we go over as a school and so I support them.

How has lockdown affected your squash? ?

Apart from no squash I am keeping physically fit with circuits, runs and bike riding. With the England Team we do match analysis which brings me back into the sport. I love doing this as a team. The biggest difficulty is mentally because its tough, keeping motivated. When we train on the squash court its much easier mentally.

What do you miss most in lockdown?

My friends – I just want to see my friends.

Which coaches have impacted your play?

So I started with Malcolm at Pontefract and then moved to David Pearson when I was 10. DP is very technical and regrettably I struggled with this initially so moved away from him. I came back to him at 13 though and have really progressed as a result. On Thursdays I go to Sheffield as part of the NMA Academy with Neil Guirey and Nick. Danny Massaro coaches me and Trez from Doncaster. I have had a great mix of coaches.

As a junior how could the pathway to reach where you are today have been made easier?

I wish I had stayed with DP at 10 and I wish I had taken some of my junior tournaments such as those in Germany more seriously.

How have your parents supported you?

Parents have put their life and soul into the sport. I totally thank them for it. Everyday I am grateful for them. They have given me a good education and a good hobby.

How has your school helped you balance squash and school work?

My school is Ackworth and they have been amazing. I am there all days except Thursday when I go off to Hallamshire for coaching. After school I go to the squash courts to practice.

Who are your role models?

Oh Nour El Shebini – her movement around the court, she makes it look easy, I would want to play her. Tyson Fury is my other role model outside of squash.

Where do you want to be in a year’s time and 5 years time?

What has been your favourite match so far?

Definitely my match against Saran Nghiem. I watch the game and analysis it - what could I have done to make this better ? My timing, My Tee position, Could I have moved better to the drop shot? Could I have hit the ball higher?

Does it get lonely playing squash?

No – there is a great squash community, there are always people I know at events, and my coaches and everyone speaks English. So after a match you have your opponent to chat to and see at the tournament. No its not lonely.

In terms of clubs and venues – what would be an ideal club for you?

One with loads of courts like those in America and Germany with 20. And with other facilities such as a pool, a gym, a sauna and a good social area.

I would love it if we could do more videos to promote the game with other juniors in Yorkshire – like Sam Todd. Its been great with Dunlop doing these and I would like to do this again. It was fun and exciting.

How can we get more females in squash?

We need to show everyone that squash is not a male sport. Let’s bring females together, they need some self-belief because it’s such a good game. I would do anything to get more females in.

In terms of social media, how can we better connect with squash players?

Mike Clemson - 64 years of squash and still playing for Yorkshire

We thought you may be interested in the squash story of one of the most committed squash players in the county – 64 years of squash. He plays locally in Hull, he represents the county and he is key to the YSRA committee now – Mike Clemson. 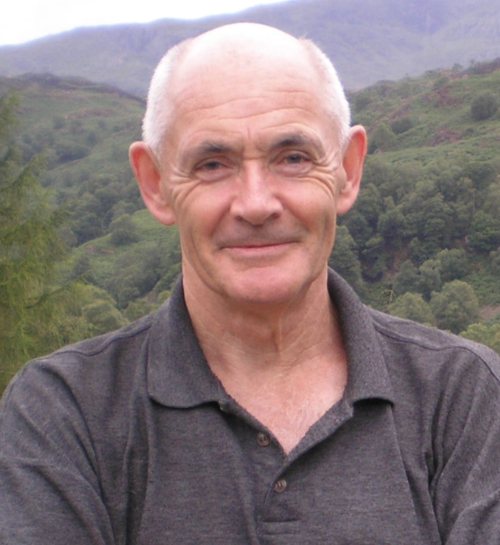 When did you start playing squash Mike?

In 1956 at the age of 14, when the school offered it as an option to rugby. The school courts had no heating and had windows in the roof, so that at certain times you were serving with the sun in your eyes!

What were your first rackets?

The squash balls then didn’t have spots! Maybe someone can recall when graded balls first appeared?

Did you play in all whites?

I started playing in non-whites soon after the regulations were relaxed, but with some reluctance, I still believe that a player in dark colours can obscure the flight of the ball, but that is probably just sentiment for a bygone age!

What is your favourite match?.

I recall lots of favourite matches, with several National and British Open Masters titles, but the best was probably winning the British Open Over 65 title, coming back from 0-2 and 2-8 down (HiHo scoring to 9!) to win in the fifth, saving several match balls along the way. At the other end of the spectrum, I recently played one of our leading juniors in a club mini-league (and lost!). The age gap was 65 years!

What changes have you seen since 1956?

There have been many changes to squash in my lifetime, notably in the design of rackets and shoes and improvements in court design and quality, and changes related to the presentation of the game, such as the scoring system to make matches shorter. But basically the game hasn’t changed, it remains a gladiatorial contest between two adversaries locked in a small space with weapons, from which only one can emerge victorious. The similarity to events at the original Olympics makes it incredible that squash has not been accepted as an Olympic sport, but then again, incredibly, I’ve never seen this used as an argument for inclusion.

What would you say to your 20 year old self?

I would love to go back in time and play my 20 year old self, and say to him ‘play to win, but more importantly play to enjoy it’

Where have you played?

I spent many of my younger years as a member of the Hull and East Riding Club, including your occasion when the club team won the Yorkshire League title. But I never played for the club in the local league – in those days, all the players of first string standard shared themselves out among the local clubs with teams in the top division, to even out the competition. So I played for several local clubs. My current and only club is Ferriby Hall near Hull, where I shall be happy to end my playing days, because the courts are warm and well maintained, the club is well run by a voluntary committee, and its members are lovely people.

Who is your favourite player?

My favourite player is James Willstrop, because he epitomises to me the description of the game as Physical Chess. My younger days coincided with Jonah Barrington, but he was just physical!

What was it like playing in the height of the squash craze?

Playing squash at the height of its popularity was amazing and exhilarating. One always thinks that former times were the best, but they were! For instance, Yorkshire League matches, played on Sunday afternoons in the days before motorways and drink driving, often involved setting off on Sunday lunchtime and getting home at 2.00 am. There are many untold stories!

The thing about squash is that it puts people into a situation where they have to depend completely on their own physical and particularly mental resources, and as such it is a great character builder. I make a point of saying to juniors ‘Don’t look up at your dad when you make a mistake, he can’t help you, you’re on your own, make the best of it’

What is the future for squash?

I think that, largely because of the efforts to introduce more juniors to the game, it will hold its own, but never again become the populist sport it was in the late 20th century.

Mike thank you for thoughts and memories, for 64 years of squash and for everything you continue to do for squash in Yorkshire.

The Yorkshire Squash and Racketball Association is run by an elected committee and supported by many volunteers. Details of roles and responsibilities can be found here...